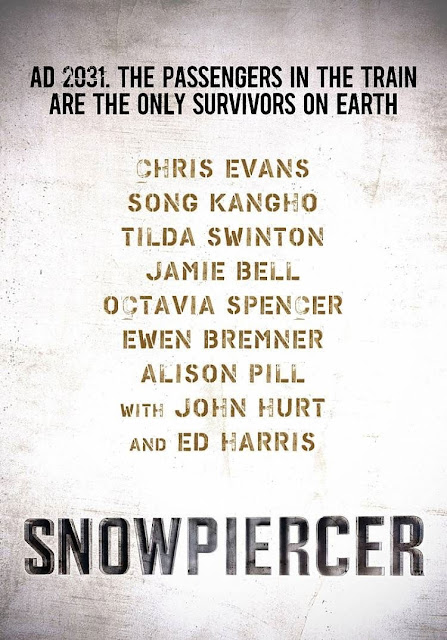 “The most accomplished overseas work of any Korean filmmaker to-date. While it remains to be seen whether or not mainstream western audiences will embrace Bong’s dark and ferocious genre film, in many ways he’s already beaten Hollywood at its own game. A tour de force of science fiction, Snowpiercer is a singular and breathtaking cinematic experience.”

"Was incredibly lucky to see Bong Joon-ho's SNOWPIERCER today and it's awesome. Much darker, fiercer and inventive than anticipated. (...) SNOWPIERCER is easily the best thing Chris Evans has ever done, but Tilda Swinton steals the show. Bong Joon-ho has delivered sci-fi gold."

"I loved SNOWPIERCER!  Everyone's a bit surprised at how dark this film is, but it's a really powerful movie. There's a lot of depth to the script, not so much the political satire of THE HOST - more of a serious, sometimes despairing tone. Some people are saying it's too dark to succeed at the box office in Korea, but I'm still optimistic. It's utterly unique and exciting."