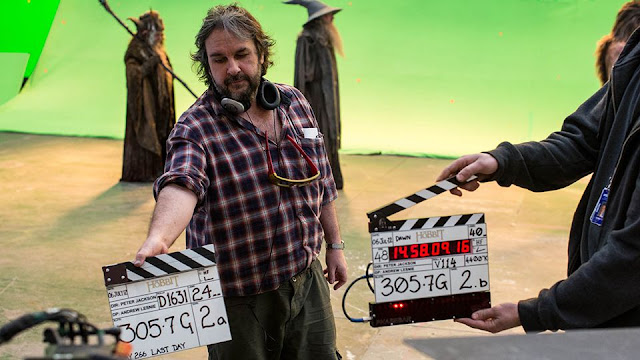 Peter Jackson declarou sobre a trilogia The Hobbit: ‘I was making it up as I went along’.
O realizador desabafou nos extras do Blu-ray de Battle of the Five Armies.
“Because Guillermo Del Toro had to leave and I jumped in and took over, we didn’t wind the clock back a year and a half and give me a year and a half prep to design the movie, which was different to what he was doing. It was impossible, and as a result of it being impossible I just started shooting the movie with most of it not prepped at all.” (...) “You’re going on to a set and you’re winging it, you’ve got these massively complicated scenes, no storyboards and you’re making it up there and then on the spot […] I spent most of The Hobbit feeling like I was not on top of it […] even from a script point of view Fran [Walsh], Philippa [Boyens] and I hadn’t got the entire scripts written to our satisfaction so that was a very high pressure situation.” (...) “We had allowed two months of shooting for that in 2012, and at some point when we were approaching that I went to our producers and the studio and said: ‘Because I don’t know what the hell I’m doing now, because I haven’t got storyboards and prep, why don’t we just finish earlier?’ So, what that delay gives you is time for the director to clear his head and have some quiet time for inspiration to come about the battle, and start to really put something together.”
Tenho para mim que isto era coisa para fazer J. R. R. Tolkien morrer outra vez...