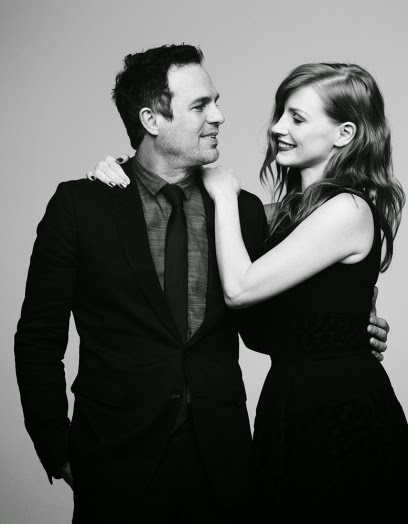 Mark Ruffalo (Foxcatcher) & Jessica Chastain (The Disappearance of Eleanor Rigby, Interstellar, A Most Violent Year)
Chastain: "For me, rehearsal isn't about going through the script over and over again; it's about going through the script as who I am — not as the character — and saying, what does this line mean and how long have we known each other?"
Ruffalo: "We would start on the script, and then break free, and it wouldn't be much, maybe a little exercise that then (we) would refine. So we were building. And then (director Bennett Miller) would strip out all the dialogue, and it would be a physicalization — you know, hold that moment, don't feel compelled to say anything, but let that improvisation inform what's happening between the two of you." 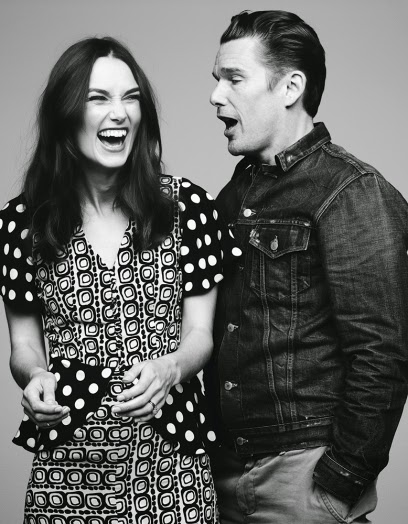 Knightley: "You always believe the bad (reviews). It's absolutely guaranteed that even if you get all of them good, and if you get one bad one, then it's --
Hawke: "They're the ones who saw the truth." 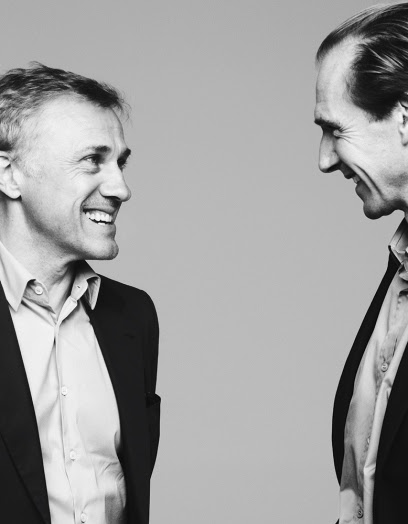 Christoph Waltz (Big Eyes) & Ralph Fiennes (The Grand Budapest Hotel)
Waltz: "An audition is an art form in itself. I couldn't teach, because I'd be afraid to overlook a talent. I don't want to be responsible that a gem is being swept under the carpet just because my sensorium is insufficient."
Fiennes: "I need to have a connection. And often if someone does a great reading, (they may not be) quite right, but what you feel is that there's a human connection." 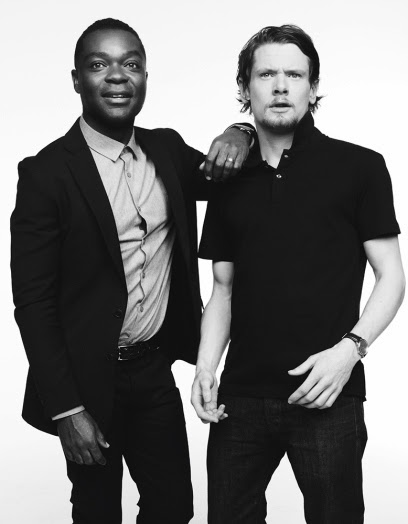 David Oyelowo (Selma) & Jack O'Connell (Unbroken)
Oyelowo: "I first read the script in 2007, and it took us seven years to get that film made. So many directors came and went. I really feel like it happened at the right time with the right people."
O'Connell: "I got lucky in that I was able to fill in the gaps with his (actual) voice. There was no archive footage or audio of Louis (Zamperini). So I felt quite fortunate that I got to (meet him)." 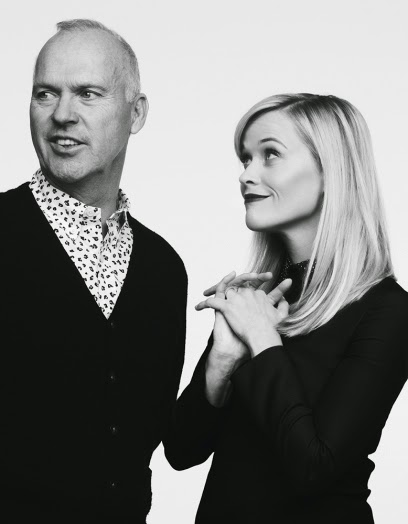 Michael Keaton (Birdman) & Reese Witherspoon (Wild)
Keaton: "You could argue that every movie is a journey, but these are really, clearly, journeys. Yours is a straight-ahead 'we're walking' journey, and mine is another kind of journey. And I was looking at this thinking, first of all, I've never seen you like this. I've never seen you look like this and just be. And that's the best thing, just being, you know?"
Witherspoon: "Well, I think the same way of 'Birdman.' The two characters are similar in that they're both warring against themselves. It's sort of self-ego vs. self, self-esteem vs. self, self-harm vs. healthy. 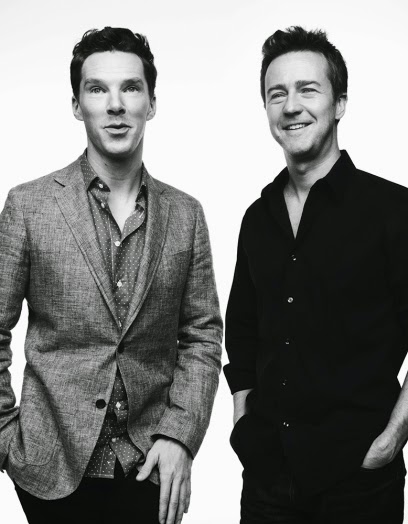 Benedict Cumberbatch (The Imitation Game) & Edward Norton (Birdman)
Cumberbatch: "The perverse thing is that fame kind of drowns the air you need to create the thing that you made you famous in the first place. You need your space; you need to be able to work at a certain pace — or just be an artist, really — rather than being famous. I'm still adjusting to finding my way around that."
Norton: "Have you ever seen the Maysles Brothers' documentary called 'Meet Marlon Brando'? They followed Brando on a junket for a movie that he didn't really like. And it's this incredible portrait of a guy really, really trying to maintain a grounded authenticity through this completely insane process. You can learn a lot seeing what other people have gone through in a way." 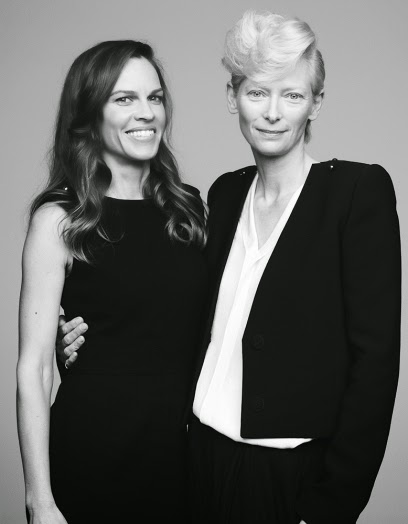 Hilary Swank (The Homesman) & Tilda Swinton (Snowpiercer)
Swank: "'Boys Don't Cry' was (made for) $1.7 million. I made $3,000 on the movie. (Winning the Oscar meant) this movie was going to be seen by a wider audience, because that was really the prize, in a way."
Swinton: "In a particular world that I work in, which is pretty much exclusively independent, (an Oscar) is such a wonderful outreach tool. It's a resonance; you have to take that seriously. You think, 'Well that's good. That's maybe gonna help the next five tiny films." 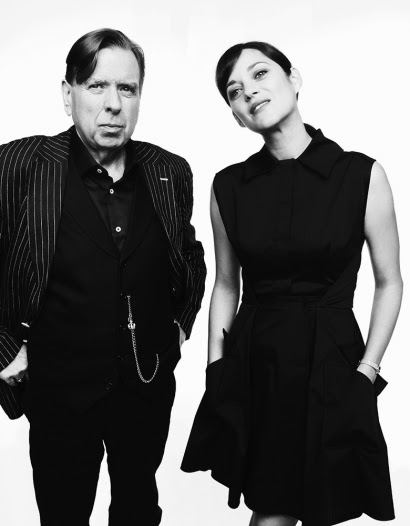 Timothy Spall (Mr. Turner) & Marion Cotillard (Two Days, One Night)
Spall: "If it isn't in the story, and you're struggling to find out why that person is doing something, you have to create an imaginative scenario of what it is that's created that effect. You have to work out in your imagination all that is not explained -- and is not going to be explained -- about what creates the quality that makes that person do that."
Cotillard: "There are some emotions that I can reach faster, because I know where to search. I never use my personal life. If I need something to take me to an emotion, I will always use something in the character or I will create it. Like the Dardenne brothers' movie; I didn't have (much) information about (the character of Sandra,) why she got depressed, how it affected her life. And so I needed to create all this." 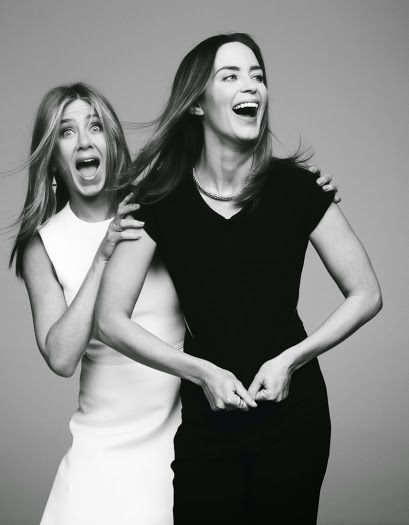 Jennifer Aniston (Cake) & Emily Blunt (Into the Woods)
Aniston: "It was incredible to be able to go into ('Cake') and take on that challenge, because those scripts don't come along very often. It wasn't mine, and I had to fight for it. And if the opportunity came, I knew I was going to be able to throw my hat in that ring and take it on and have that journey -- wrapping my head around these unimaginable experiences."
Blunt: "I think typecasting happens all the time, and it might happen a lot more with women. I feel after I did 'Devil Wears Prada,' I got offered to play every acerbic, British b---- out there." 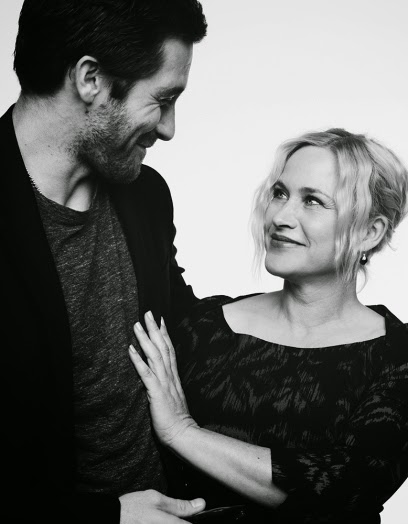 Jake Gyllenhaal (Nightcrawler) & Patricia Arquette (Boyhood)
Gyllenhaal: A lot of people talk about how disturbing or creepy the character is. And ultimately, I think he's very vulnerable and he's violently protecting something."
Arquette: "The weird thing about this movie, because we didn't have a full script to begin with -- we had an anatomy -- was you had to have flexibility. Usually as an actor, you make specific choices and depend on your script and on knowing everything about why (a choice is) the right choice to make." 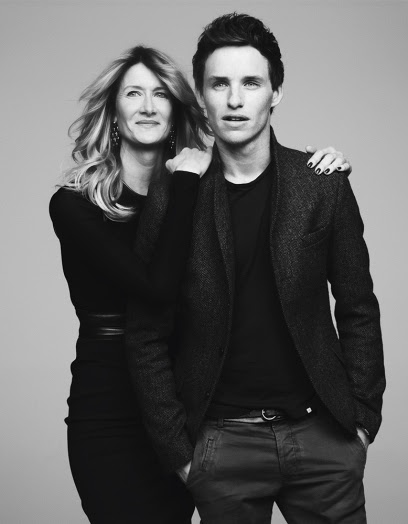 Laura Dern (Wild) & Eddie Redmayne (The Theory of Everything)
Dern: "David Lynch has been a huge inspiration for me, because I started working with him at 17, and to come into the very beginning of your active life with someone who requires you to be your most authentic in a world that is completely absurd is such an amazing discipline. So I think it's helped me try to remain honest in a very different kind of discipline, because everything is so extreme, and I have to go wherever he needs me."
Redmayne: "With theater, if you screw it up one night, you can come and try something else the next. With film, you can't; you only have that set amount of takes. And James Marsh, who directed 'Theory,' was so wonderful about emboldening you to make mistakes. We'd come up with these things, and some of them would completely fail. Normally a director will then go, 'Okay, gotta move on; tried it.' But he would be like, 'Try again.' And that's so liberating." 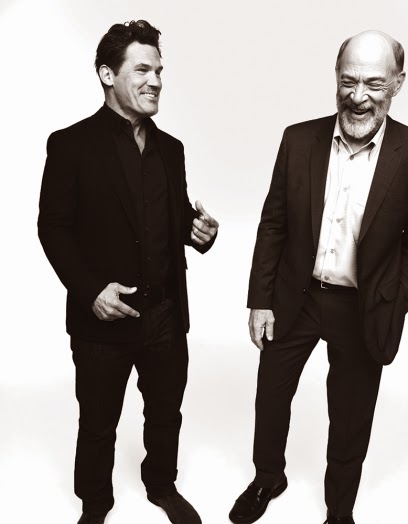 Josh Brolin (Inherent Vice) & J.K. Simmons (Whiplash)
Brolin: "People want to be in this spiritual or mental state of gratitude (where) you don't (rest) on your laurels, and you actually treat every job as if you've never had a job, in order to keep working hard, and to keep it fresh. I always feel that way. I can't help it."
Simmons: "I did a lot of work, and fun work, and work with great people, and kind of learned by doing on the way up. If somebody had given me a film when I was 25 years old, I would have crashed and burned." 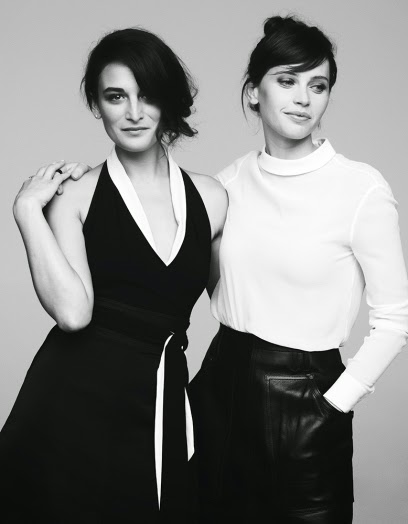 Jenny Slate (Obvious Child) & Felicity Jones (The Theory of Everything)
Slate: "One of the rewards of doing a good job ... is that you gain the luxury of preference. And I like that. I know a bit more what I want, and I would love to just be able to make more choices. That sounds so simple, but that's the goal. Rather that just say, 'Yeah, I'll be there, whatever it is.'"
Jones: "It's funny, no matter how much you do, you always get to the end of a film, and you think, 'Is this going to be the last one?' And you always have that period of unemployment in between, and you do feel like you keep going back to square one. Even though I've been doing it for 15 years." 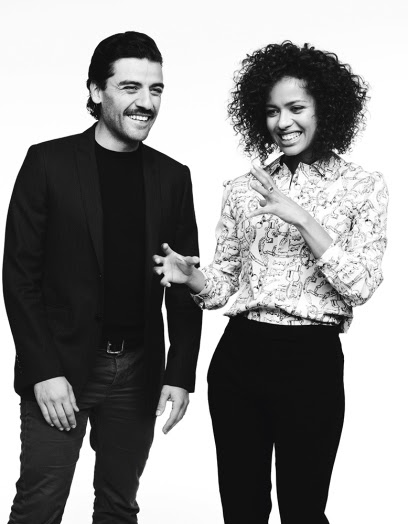 Oscar Isaac (A Most Violent Year) & Gugu Mbatha-Raw (Belle, Beyond the Lights)
Isaac: "I loved going to acting school. It was interesting that a lot of people that came straight from high school, and also minority students and such, would have a particularly difficult time with the dialect classes and the language classes, because there was a real sense of, 'Are you trying to take my identity away from me?'"
Mbatha-Raw: "About drama school ... You can't really learn how to act, I guess. It's more about acquiring those skills. I was one of those people that came straight from school; I auditioned when I was 17. And I got in and went when I was 18. It was weird, because I had grown up in the countryside, and it was my first time moving to the city, to London, and going to drama school. And I was one of the youngest in my year." 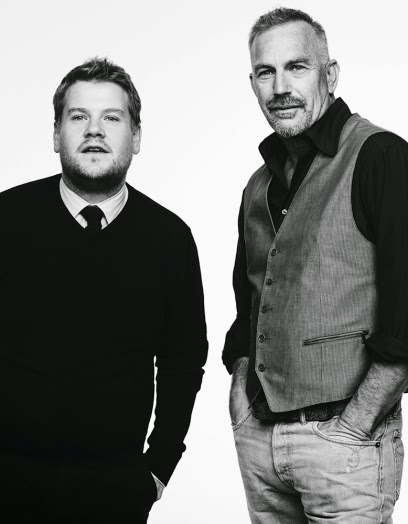 James Corden (Into the Woods) & Kevin Costner (Black or White)
Corden: "I don't even know if I believe that there is such a thing as professional actors and amateur actors, because we're all just messing around. We're all kind of just playing dress-up. And the only thing that separates amateurs from professionals is not money, is not status or anything like that. It's rejection."
Costner: "I didn't even really know how I was going to make my way in this business. I eventually got a job at Raleigh Studios, which was to move cable and move all these lights, all this equipment. For me, if I was going to take out trash in my life, it was going to be movie trash." 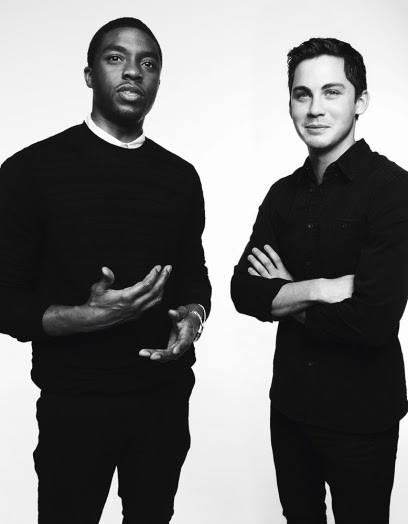 Chadwick Boseman (Get on Up) & Logan Lerman (Fury)
Boseman: "I was given a whole bunch of footage, and eventually I was given some people to talk to that knew (James Brown) -- family members and friends, road manager -- to get a sense of different perspectives on him, because he seemed to be (someone) that one person would say one thing about him, another person would say another thing. It left room for me to make some choices with this role."
Lerman: "We had a lot of time in prep to really learn the history and learn about the tanks and meet with World War II veterans. We had four to five months before filming. And we just dedicated a lot of time to bringing authenticity to the film."